Farid Khalilov assessed the chances of the national teams in Islamiad 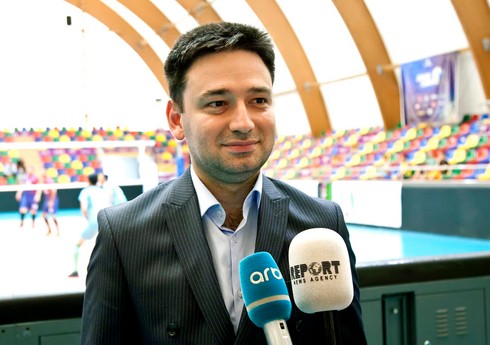 This “Report”In his statement, Farid Khalilov, the general secretary of the Azerbaijan Volleyball Federation (AVF), spoke about the preparation of the national men’s and women’s teams for the qualification stage of the European Championship and the 5th Islamic Solidarity Games.

He said that they were placed in a comfortable group at the Islamiad, which will be held in Konya, Turkey, on August 9-18. is the result. We are happy that we have achieved this.”

Reminding that the country’s beach volleyball championship will be held on July 29 at the Su Sports Palace, Khalilov said that certain works have been done in this regard.

The official of the federation did not hide his expectation of success from the men’s “Murov” and women’s “Azerrail” teams, which will represent Azerbaijan in the Challenge Cup in the new season: “We are in close contact with both clubs. Negotiations are already underway with certain players. We believe that we will achieve a high result there as well.”

Farid Gayibov: “Each medal has the hard work of many people”

Minister of Youth and Sports Farid Gayibov recently met with athletes who have successfully represented Azerbaijan in continental and world championships. From the ministry "Report"According ... Read More

Farid Gayibov: “I am satisfied with the work of the federations”

"I congratulate everyone for the medals won. Every athlete wants to get on the podium. We knew that the chances of a medal in some ... Read More

NEWER POSTThe chairman of the CMB thanked the Azerbaijanis of Georgia
OLDER POSTIn the post-war period, 104,000 social payments were assigned to 94,000 people