Exhibition and sales fair “KOB Fest” was held in Sheki 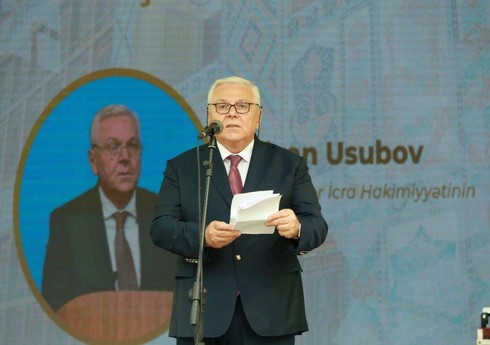 Today, the SME Fest exhibition and sales fair was organized in Sheki city under the organization of the Small and Medium Business Development Agency under the Ministry of Economy.

About it “Report”a Reported by the Agency.

According to the information, at the “SME Fest” held on the territory of the Khan’s palace, SMEs from the city of Sheki and the surrounding regions exhibited crafts typical of the region, including pottery, net art, hat making, coppersmithing, various handicrafts, Sheki sweets, beekeeping products, non-alcoholic beverages. , exhibited and sold canned goods, light industrial products. In general, more than 1,500 food and non-food products of about 70 micro and small business entities, as well as handicrafts of artists and creative people, were exhibited at the fair. Wood carving, origami, etc. during the festival. master-classes, cultural and entertainment program were also organized in such fields.

Speaking at the event, Chairman of the Board of Directors of KOBIA Orkhan Mammadov noted that KOB Fest was held in order to support the sale of products produced by micro and small entrepreneurs, to promote local products, as well as to expand relations between manufacturers and suppliers. He said that today’s KOB Fest exhibition-sales fair is the 7th in number. Before that, “SME Fest” was held in Baku, Ganja, Lankaran, Sumgait, Shamkir and Guba, where more than 300 SMEs presented their products and services.

Elkhan Usubov, the head of the Sheki City Executive Authority, expressed his satisfaction with the organization of the event in Sheki, and emphasized that the fair is important in terms of introducing regional products and establishing relations between local SMEs.

An exhibition of an Azerbaijani artist was opened in Estonia

At the arms exhibition held in Baku, the Turkish-made “Chakir” missile is displayed

A new Turkish-made "Cakir" missile is displayed at the "ADEX" exhibition held in Baku. “Report”according to the report, the rocket was produced by the Turkish ... Read More

"Aghdam Delenda" photo exhibition of famous Italian photographer Fabrizio Conti was held by our embassy in Philadelphia, Pennsylvania, USA. About it “Report” It was reported ... Read More

NEWER POSTMahir Emreli will miss the next game as well
OLDER POSTJapan Ministry of Defense: “China may attack Taiwan”