Europe is experiencing the strongest drought of the last 500 years 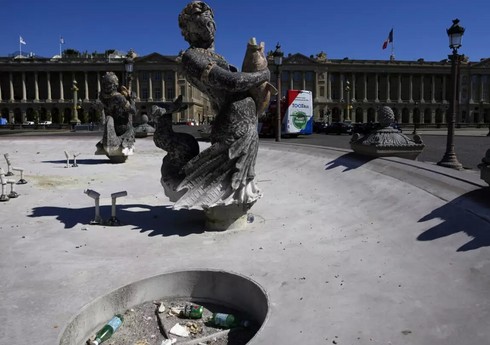 The European continent has been hit by the strongest drought in the last 500 years.

“Report” reports with reference to “Euronews” that the situation in Lake Bren on the Switzerland-France border perfectly shows the extent of the historical drought in Europe.

The water basin was formed 12 thousand years ago in the Jura massif. Previously, its depth reached 18 meters, but this summer the lake has almost completely dried up.

In Brussels, they are excited to study the effects of the record hot summer on nature and people.

“The latest crop monitoring report highlights that exceptionally hot and dry conditions in many parts of Europe continue to significantly reduce yield forecasts for this summer. According to scientists, the weather in the western Mediterranean Sea will be hot and dry until November. As we mentioned earlier, such a drought has not happened for at least 500 years,” said Johannes Barke, the official representative of the European Commission.

Crop destruction is not the only consequence of drought. In many European towns and villages, such as Le Bouche Saint-Nicole in southeastern France, residents do not have enough drinking water. It has to be delivered by trucks.

Low water levels in rivers and lakes increase environmental problems. Fish are dying in many water bodies, and passenger and cargo transportation by water stops due to insufficient depth.

Another negative effect of heat and drought is fires, which destroyed approximately 700,000 hectares of forest in 2022. This is four times more than the annual average.

Zelensky: “Russia is preparing a decisive energy strike on Europe in winter”

This winter, the Russian Federation is preparing a decisive energy strike against European countries. "Report" informs that the President of Ukraine Volodymyr Zelensky said this ... Read More

White House: The US is looking for ways to increase gas supplies to Europe

Thousands of people have been evacuated due to forest fires in Europe. "Report" informs about this with reference to "Sky News". Currently, severe forest fires ... Read More

NEWER POSTZelensky warned about possible heavy blows of Russia on Independence Day
OLDER POSTGurban Gurbanov: “I do not separate the Europa League from the Champions League”