Erdogan: “We don’t want to experience another Chernobyl tragedy” 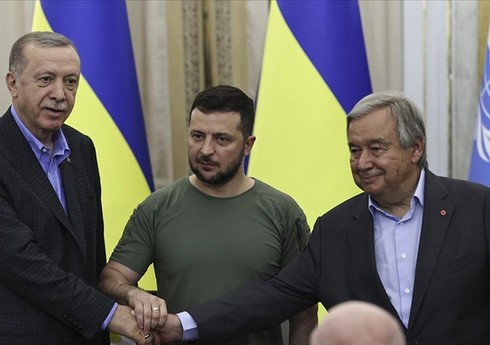 “We don’t want to experience another Chernobyl tragedy.”

The Turkish leader said that they appreciate the possibilities of turning the positive atmosphere created by the Istanbul agreement into permanent peace.

“The international community has more responsibility to revive the diplomatic process. We specifically noted that this should be implemented,” the head of Turkey emphasized.

Erdogan expressed his satisfaction to be in Lviv at Zelensky’s invitation.

Emphasizing that in the bilateral meeting with Zelensky, they evaluated all aspects of relations between the countries at the level of strategic partnership, Erdogan said that they discussed the possibilities of improving cooperation and solidarity in the current conditions.

“Of course, the war, which lasted for about 6 months, became the main topic of our negotiations. On this occasion, I once again emphasized our support for its integrity and sovereignty,” the Turkish leader emphasized.

Why don’t they sign a rental agreement in Azerbaijan?

In recent years, a large number of people in Azerbaijan, including the capital Baku, have solved their housing problem with mortgage loans and other means. ... Read More

"Everyone should gather their minds." “Report” reports that Turkish Foreign Minister Mevlud Çavuşoğlu said this. "This is especially true for Greece, don't be someone's tongs ... Read More