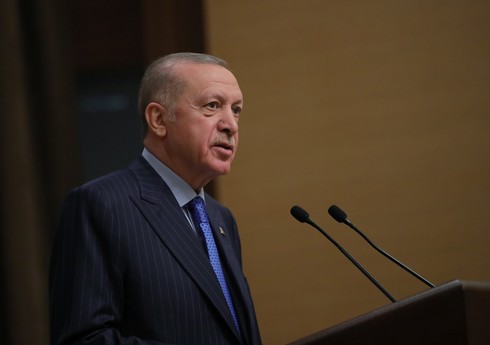 Turkish President Recep Tayyip Erdogan intends to organize a meeting between the heads of state of Russia and Ukraine – Vladimir Putin and Volodymyr Zelensky.

“Report” Referring to “Haber Global”, Erdogan informed about this in his speech to the press after the meeting of the Cabinet of Ministers.

According to him, Turkey is trying to resolve the Russian-Ukrainian war peacefully: “Our goal is to solve this crisis fundamentally by organizing a meeting between Putin and Zelensky in Istanbul in the near future.”

Erdogan: “We don’t want to experience another Chernobyl tragedy”

"Greece challenged NATO and its allies". “Report” Turkish President Recep Tayyip Erdogan said this in his speech to the participants of the event before the ... Read More

Erdogan: “We will be happy to start direct flights from Russia to Northern Cyprus”

"We will be happy to start direct flights from Russia to the Turkish Republic of Northern Cyprus." “Report” reports that Turkish President Recep Tayyip Erdogan ... Read More

NEWER POSTA car overturned in Gadabey and there are injured people
OLDER POST“Victoria” player: There are weak points in the defense of “Garabagh”