Erdogan and Zelensky had a telephone conversation 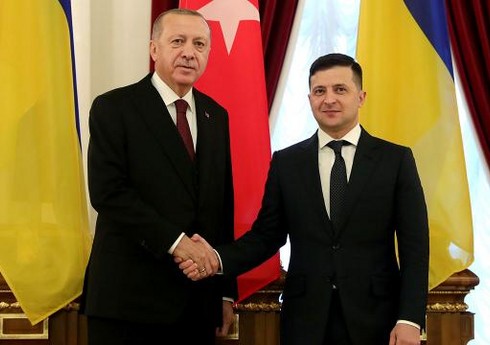 Presidents of Turkey and Ukraine Recep Tayyip Erdogan and Volodymyr Zelensky had a telephone conversation.

“Report” According to the Turkish press, issues related to the Ukrainian-Russian war and the creation of safe corridors for the export of grain in the Black Sea were discussed during the conversation.

Erdoğan said that they continue to work on the plan prepared by the UN for the export of grain products of Ukraine to the world market.

Stating that the negotiation table between Ukraine and Russia should be kept open, Erdogan stressed that they are ready to provide all kinds of support, including facilitation and mediation, in the Istanbul process.

Jeyhun Bayramov had a phone conversation with Canada’s foreign minister

On August 23, 2022, a telephone conversation took place between the Minister of Foreign Affairs of the Republic of Azerbaijan, Jeyhun Bayramov, and the Minister ... Read More

NEWER POSTBelarus gave a note to Sweden
OLDER POSTGurban Gurbanov: “We felt the power of Lex in the first match”