Elections for president, parliament and local bodies will be held today in Kenya 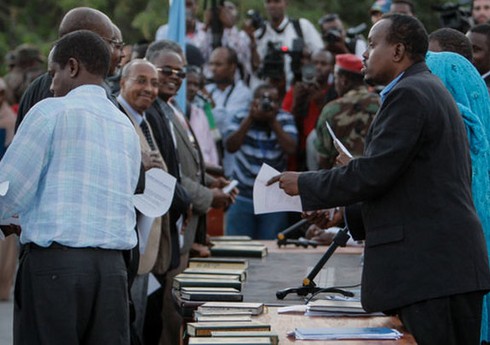 “Report” informs that 4 candidates are competing for the post of the head of state. Incumbent Uhuru Kenyatta cannot run as a candidate in the next marathon because of the two-term limit imposed by the Constitution. Kenyatta was elected President in 2013 and 2017.

The favorites among the four contenders for the presidency are Raila Odinga, who served as Prime Minister from 2008 to 2013, and William Ruto, the vice president of the republic.

Elections to both houses of parliament as well as local government elections will be held in Kenya at the same time as the presidential elections. Parties and coalitions nominated more than 7,000 candidates. 290 of the 349 deputies of the Parliament are elected in one round by the direct majority system.

State bodies (institutions) that can be the founders of a print media entity list confirmed. "Report"according to the information, President Ilham Aliyev signed a decree ... Read More

State Commission: the bodies of 6 Armenian soldiers were handed over to the other side

Through the International Committee of the Red Cross, Azerbaijan handed over the corpses of 6 more Armenian soldiers found in the area to the Armenian ... Read More