Dutch soldiers participating in training in the United States were shot 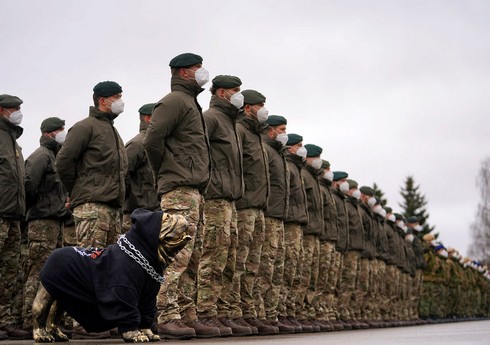 3 soldiers of the Netherlands participating in training in the USA were injured as a result of shooting.

“Report” reports with reference to “Wish-TV” that the Ministry of Defense of the Netherlands has released information about this.

According to the Ministry of Defense, 3 members of the commando unit were injured last night during a shooting in the city of Indianapolis. It is reported that one of them is in serious condition, while the other two victims are conscious.

It is noted that the incident took place in the hotel where the soldiers were staying.

City police are investigating the incident, and there are no arrests or suspects at this time.

6 Iranian unmanned aerial vehicles (UAVs) and a Russian Su-25 fighter jet were shot down in Ukraine. "Report" informs with reference to UNIAN that the ... Read More

NEWER POSTA bus carrying Ukrainians overturned in Romania and dozens were injured
OLDER POSTSpecial Representative of the President: “Iravan Khan’s result was in Fuzuli and Aghdam”