Dozens of people have been killed during armed clashes in Haiti 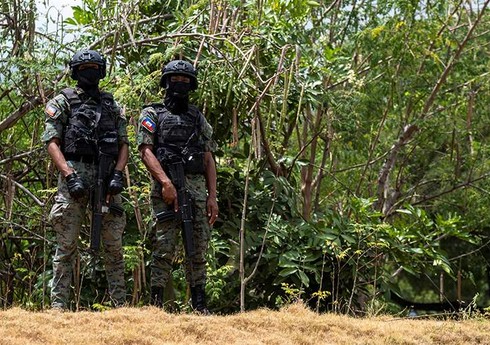 At least 21 people have died as a result of a conflict between criminal gangs in the commune of Petit-Riviere, located in the center of Haiti.

“Report” reports that about it TV channel reported.

According to human rights defenders, some of the dead were local residents who were not gang members.

Before that, the relevant agencies reported that the number of victims of the clashes between criminal gangs in the Caribbean country last week was close to 300. Several thousand residents of the suburbs of Port-au-Prince, the capital of Haiti, were surrounded in their homes.

UN agencies reported that the security and humanitarian situation in Haiti has worsened after the assassination of the country’s President Jovenel Moise on the night of July 7, 2021, as well as the earthquake that occurred in August of the same year and resulted in the death of more than 2.2 people.

There was an armed attack on the administrative building of the Turkish Football Federation. "Report" reports that 5 bullets were fired there when the Board ... Read More

A person armed with a grenade threatened to blow up a market in Armenia. About it “Report” He reports with reference to the Armenian press. ... Read More

In Turkey, armed men attacked the police department and there were injuries

There was an armed attack on the police department in Mezitli district of Mersin, Turkey. “Report” "Haber Global" reports that two police officers were injured ... Read More