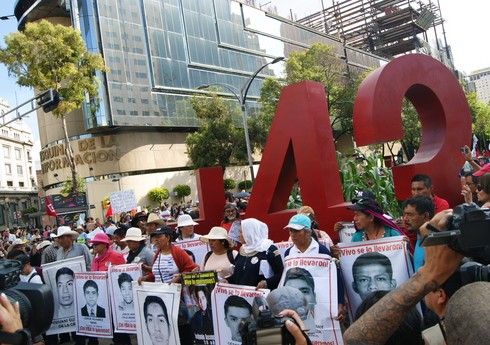 A court in the Mexican state of Mexico has authorized the arrest of dozens of military and police officers in connection with the disappearance of 43 students in the state of Guerrero in 2014.

Report informs that this is stated in the information published by the General Prosecutor’s Office of the country.

In total, 20 officers and soldiers from the 23rd and 41st army battalions, five representatives of the executive and judicial authorities in Guerrero, 26 policemen from Huitsuko, six from Iguala and one police officer from Cocula, as well as 11 Guerrero policemen and 14 members of the criminal group “Guerreros Unidos” There are 83 arrest warrants.

They are charged with kidnapping, torture, murder, obstruction of justice and participation in organized crime.

The former chief prosecutor of the country, Jesus Murilo Karam, has already been detained in Mexico. He is also suspected of committing several crimes related to the investigation of the 2014 events in Guerrero. Karam headed the prosecutor’s office from December 2012 until February 2015, when Enrique Peña Nieto became the president of Mexico.

Kosovo's interior minister said on Saturday that a Russian journalist was arrested at the border on suspicion of espionage. About it “Report” “Reuters”reports with reference ... Read More