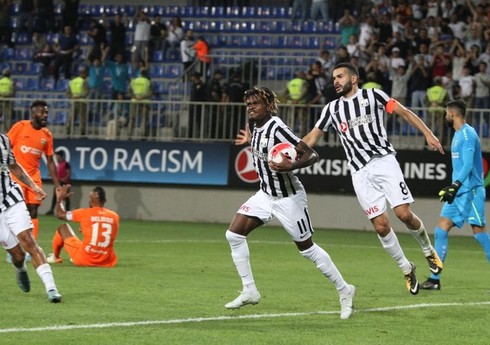 Today, “Neftchi” will play its first match in the third qualifying round of the UEFA Conference League.

According to “Report”, the team headed by Laurentsiu Regekampf will host the Austrian club “Rapid” (Vienna) in Baku. The match to be played at “Bakcell Arena” will be managed by Croatian FIFA referee Dario Bel. The match will start at 21:00.

The only loss in the “black and white” before the game is the absence of Cesar Meza Colli. The Paraguayan midfielder, who underwent surgery, will be out of action for a long time. It is certain that Martin Morman, one of the guests, will miss the match in Baku. Patrick Greil’s participation in the game is questionable.

The return match between the teams will be held on August 11 in Vienna.

It should be noted that the winner of this pair will face the strongest of the pair “Konyaspor” (Turkey) – “Vaduts” (Liechtenstein) in the play-off stage.

“Neftchi” is preparing for the match with the Austrian club

"Neftchi" is continuing its preparation for the return match of the third qualifying round of the UEFA Conference League, which it will play against "Rapid" ... Read More

David Garayev, a football player of the Russian "Torpeda" club, can play in the main national team of Azerbaijan. "Report"according to the information, the 27-year-old ... Read More

NEWER POSTBlinken welcomed the Senate’s ratification of Finland and Sweden’s NATO membership
OLDER POSTFor the first time since the beginning of the war, the ship went to Ukraine to export grain