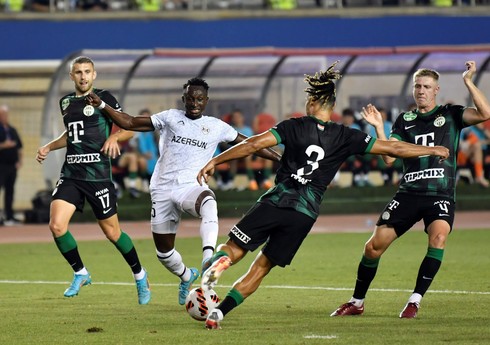 Today, “Qarabag” will play the second leg of the third qualifying round of the UEFA Champions League.

According to “Report”, “Kohlen Atlar” will be a guest of “Ferentsvaros” club in Hungary. The match to be held at “Groupama Arena” will start at 22:00 Baku time. Spanish FIFA referee Carlos del Serro will manage the match.

The champion of Azerbaijan will enter the game with serious losses. Two main central defenders – Maksim Medvedev and Kevin Medina will not be able to participate in this match due to injury. Instead, Kadi Borges and Richard Almeida, who missed the first match due to suspension, will be at the disposal of the head coach of the team, Gurban Gurbanov. From the representative of Budapest, it is certain that Henry Wingo will not play against the Aghdam club. The appearances of Ryan Mmae and Mats Knuster are in question.

The team that wins the stage will qualify for the UEFA Europa League group stage.

It should be noted that the winner was not determined in the first match in Baku – 1:1. The winner of this pair will meet the stronger of the “Sherif” (Moldova) – “Victoria” (Plzen, Czech Republic) duel in the playoffs. In the first match in Moldova, the representative of the Czech Republic won 2:1. The loser of the pair “Ferentsvaros” – “Garabagh” will face the loser of the pair “Shamrock Rovers” (Ireland) – “Shkupi” (North Macedonia) in the Europa League playoffs. In the first game in Ireland, the hosts won 3:1.

NEWER POSTFor the first time, a coronavirus infection was detected in Tibet
OLDER POSTA teenage boy was hit by a car in Baku