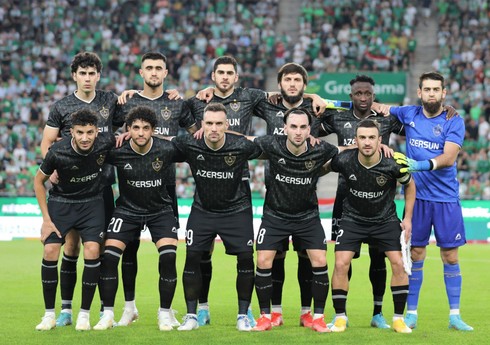 “Qarabag” will play its next game in the UEFA Champions League (CL) today.

According to “Report”, the champion of Azerbaijan will receive the Czech team “Victoria” (Plzen) in Baku. The match will be played at the Republic Stadium named after Tofig Bahramov and will start at 20:45. The referee of the match will be Slovenian FIFA referee Slavko Vincic.

The two teams have met once in the European Cups so far. In the 2016/2017 season, the representative of Pilsen won the duel that coincided with the third qualifying round of the CL. A goalless draw was recorded in the match in the Czech Republic. The visitors, who drew 1:1 in the match in Baku, won the stage thanks to an away goal. In this sense, tomorrow’s match has the nature of a rematch for the “dead horses”.

Agdam club will enter the game with serious losses. Central defenders Maksim Medvedev and Kevin Medina will not be able to participate in the match due to injury. There are no losses in the opponent’s team.

It should be noted that the return match will be played on August 23 at “Dusan Arena” in Pilsen and will start at 23:00 Baku time.

Champions League: The return games of the first qualifying round will start

Today, the return matches of the first qualifying round of the UEFA Champions League will start. According to "Report", 10 matches will be played on ... Read More