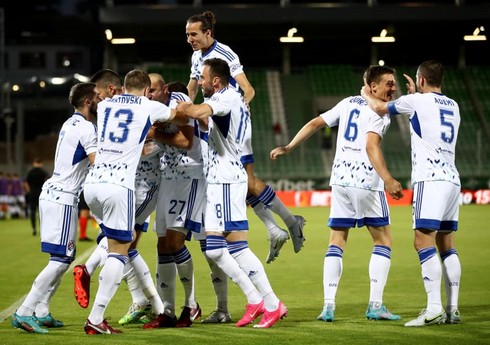 The third qualifying round of the UEFA Champions League in football has started.

“Report”According to the information, 5 matches were held on the first day of the game.

In the opening match, the Moldovan “Sherif” and the Czech “Victoria” (Plzen) team, who are potential rivals of “Qarabag” in the playoffs, faced each other. The match played at the “Zimbru” stadium in Chisinau ended with a 2:1 victory for the Pilsen representative.

The Croatian “Dinamo” (Zagreb) club, in which the striker of the Azerbaijan national team Mahir Emreli played, defeated “Ludogorets” in Bulgaria with a score of 2:1. The 25-year-old forward missed this match due to injury.

PSV of the Netherlands agreed to peace with “Monaco” in France. Scotland “Rangers” lost to “Union” in Belgium with 2 unanswered goals. “Benfica” won against Danish “Midtullan” in Portugal with a big score.

It should be noted that the other 5 games of the III qualification stage in the Champions League will be held today. Azerbaijani champion “Qarabag” will host Hungarian “Ferentzvaros” in Baku.

An early goal was scored in the return match of the first qualifying round of the UEFA Champions League held in Baku between "Qarabag" and ... Read More

4 Azerbaijani wrestlers won gold medals at the U-15 European wrestling championship in Zagreb, the capital of Croatia. “Report” informs that freestyle wrestlers fought after ... Read More