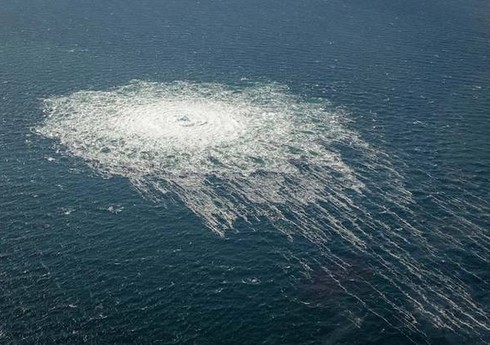 “Report” “RBC-Ukraine” informs that this was announced during the meeting of the Prime Minister of Great Britain, Liz Tras, with her Danish counterpart, Mette Frederiksen.

“Last week, Frederiksen informed the Prime Minister about the damage to the North Stream gas pipeline. They agreed that what happened was an obvious act of provocation and discussed the joint investigation of the incidents,” the report said.

The politicians also discussed the prospects of cooperation in the field of wind energy development and national security.

It should be noted that on September 27, gas transportation through the “North Stream”, which is the main route of gas export from Russia to Europe, was completely stopped. According to the Danish and Swedish authorities, two gas leaks were detected in Nord Stream and one in Nord Stream 2 near the island of Bornholm. Germany, Denmark and Sweden do not rule out sabotage.

Charles III will be officially proclaimed King of Great Britain today. "Report" TASS reports that the meeting of the Council of Succession, which will announce ... Read More

In June of this year, Great Britain completely refused to import energy from Russia for the first time. In 2021, Russian gas accounted for around ... Read More

Azerbaijani music was played in the Parliament of Great Britain

On the initiative of Baroness Manzila Uddin, a member of the House of Lords of Great Britain, and the Embassy of Azerbaijan in London, an ... Read More