Borrel: “There will be no better conditions for Iran” 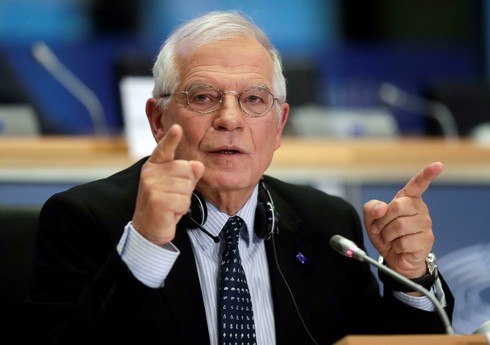 “Iran must sign the nuclear agreement now. There will be no better conditions for you.”

“Report” reports, this was stated by the High Representative of the European Union for foreign policy issues, Josep Borrell, in an article published in “The Financial Times”.

“The West has shown maximum flexibility and Iran will not accept more favorable conditions,” he stressed.

The high representative noted that abandoning the agreement would significantly increase the risk of a nuclear crisis, as well as result in the international isolation of Iran and its citizens.

Some time ago, Ali Baghiri-Ghani, the head of the Iranian delegation in the talks with the “Six” and the European Union on the nuclear issue, stated that he had his own proposals.

DYP appealed to the population about weather conditions

The Chief State Traffic Police Department of the Ministry of Internal Affairs appealed to the population regarding weather conditions. From the office "Report"In the application, ... Read More

Mikayil Jabbarov: “Conditions have been created for the transition to a qualitatively new stage of development in Azerbaijan”

Adoption of the "Socio-economic Development Strategy of the Republic of Azerbaijan in 2022-2026" creates conditions for the transition to a qualitatively new stage of development. ... Read More