Blinken informed Kulebay about the phone conversation with Lavrov 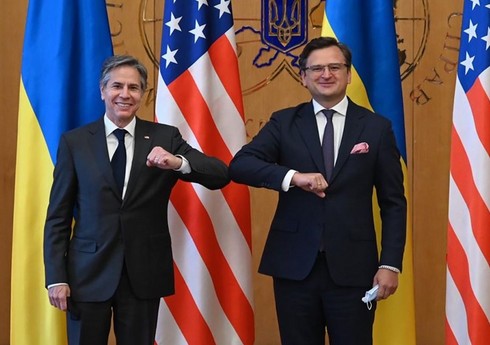 “Report” reports with reference to “TASS” that this is stated in the written statement issued by the head of the press service of the State Department, Ned Price.

According to the diplomat, Blinken informed Kuleba about his conversation with Russian Foreign Minister Lavrov, and also emphasized that the United States unquestionably supports the sovereignty, independence and territorial integrity of Ukraine.

The heads of the foreign affairs departments of the United States and Ukraine also discussed the agreement on the creation of a humanitarian corridor for the export of agricultural products from Ukraine through the Black Sea.

It was noted that they once again confirmed the need for the soon implementation of the agreement on grain transportation between Russia, Turkey and Ukraine through the mediation of the UN. The State Secretary noted that Russia’s suspension of the export of Ukrainian food products by sea aggravates the food shortage situation.

Blinken expressed his condolences to Kulebay over the death of more than 50 Ukrainians who were imprisoned in Yelenovka.

Blinken: “The US is ready to work with nuclear powers”

The US is willing to work with other nuclear powers, including China, to strengthen strategic stability. "Report" informs that this was stated by US Secretary ... Read More

Blinken: “The US is ready to help Armenia and Azerbaijan”

US Secretary of State Anthony Blinken said in a telephone conversation with Armenian Prime Minister Nikol Pashinyan on Thursday (September 15 - Red) that the ... Read More

"I welcome the US Senate's ratification of Finland and Sweden's NATO membership." "Report" US Secretary of State Anthony Blinken wrote this on Twitter. "Finland and ... Read More