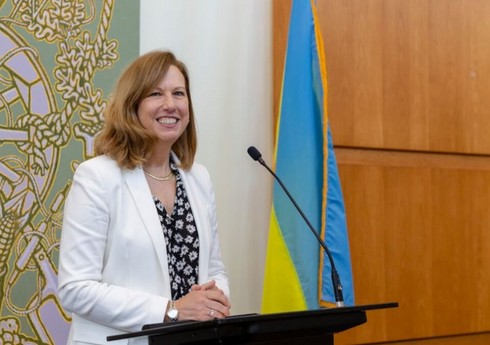 US President Joseph Biden nominated a new ambassador to Armenia.

Now the appropriate Senate committee must set a time for hearings, during which K. Quinn will have to answer questions from lawmakers. After some time, the upper chamber will vote on his candidacy for the position of head of the diplomatic mission of the United States in Yerevan.

Until the middle of this year, he was the US Chargé d’Affaires in Ukraine. At various times, the diplomat, who worked in the US embassies in Bangkok, London, Moscow, and Brussels, was the director for the EU, Ukraine, and Belarus at the National Security Council of the White House.

"France supports Azerbaijan in demining liberated territories". "Report" Zachary Gross, the ambassador of France to Azerbaijan, said this in his statement to journalists. According to ... Read More

Ukrainian Ambassador Sergey Shutenko was summoned to the Greek Ministry of Foreign Affairs due to threats of sanctions from Kiev. "Report" reports that the Greek ... Read More

NEWER POSTNYT: Democrats don’t want Biden to run for a second term
OLDER POSTOur diaspora in Poland wishes success to “Karabakh” in the match against “Lex”.