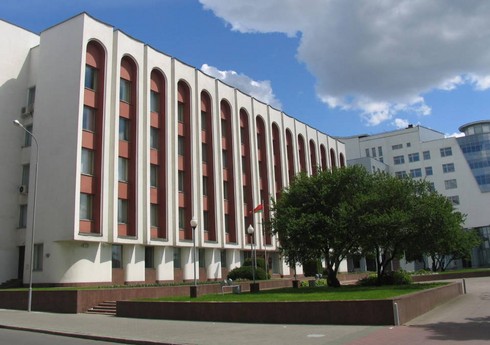 Swedish Ambassador to Belarus Kristina Johannesson was summoned to the Ministry of Foreign Affairs of this country.

“Report” reports with reference to foreign mass media that this is stated in the information of the press service of the Ministry of Foreign Affairs of Belarus.

The Swedish ambassador was presented with the relevant note of the Ministry of Foreign Affairs of Belarus and protested against the granting of asylum to the wanted Belarusian citizens Vitaly and Vladislav Kuznechikov.

“Taking into account the unfriendly actions of the official Stockholm, the Swedish ambassador was informed about the measures taken by the Belarusian side against the embassy and its employees,” said the Ministry of Foreign Affairs of Belarus.

Before that, the local media wrote that in September 2020, father and son Kuznechikov took refuge in the Swedish embassy in Minsk. They are accused of participating in an unauthorized demonstration in Vitebsk and resisting police officers.

EU: “We will study the level of participation of Belarus in the Russia-Ukraine war”

"The European Union will study the level of participation of Belarus in the Russian-Ukrainian war". “Report” reports, this was said by the High Representative of ... Read More

The new high-speed train project on the Belarus-Russia-Azerbaijan route has been launched. “Report”according to the news, this was said by Petr Dulub, the first deputy ... Read More

Lukashenko: “Belarus plays a peacekeeping role in the conflict between Russia and Ukraine”

"Belarus plays a peacekeeping role in the conflict between Russia and Ukraine". "Report" reports that Belarusian President Alexander Lukashenko said this in an interview with ... Read More

NEWER POSTOur diaspora in Poland wishes success to “Karabakh” in the match against “Lex”.
OLDER POSTErdogan and Zelensky had a telephone conversation