Badavi Huseynov: “We lost a lot of strength in the game against Zurich” 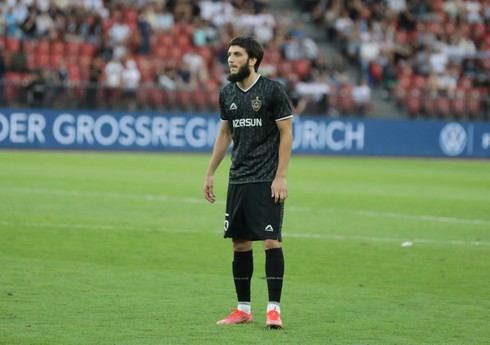 “It was a very tense and nervous match. We haven’t had such a match for a long time. This time we lost a lot of strength.”

This “Report”In his statement, Badavi Huseynov, the player of “Qarabag”, said this while talking about the return match of the 2:2 draw with “Zurich” in the second qualifying round of the UEFA Champions League in Switzerland.

The 32-year-old defender said he was happy that they reached the milestone: “Everyone expected a successful result from us. We wanted to do our best to make the fans happy. I’m glad we did it.”

Huseynov also touched on the fact that he had little chance of form: “Garabagh” has no intention of remaining in the reserve. A player who has not played for a long time is ready to come out and help the team at any moment. All players are waiting for the instruction of the head coach. It’s hard to stay out. But the important thing is not to make mistakes and be useful when you get a chance. When I entered the field instead of Kevin Medina in the match against “Zurich”, I was thinking about replacing him properly. There was too much demand on the field. I was motivated before entering the game. Therefore, I thank all my teammates.”

The experienced player spoke briefly about their opponents in the III qualifying round, Hungarian Ferenstvaros: “The atmosphere in the collective is good. We have little time. We must be fully prepared for these games. Even though we have losses, we will try to do our best.”

“Qarabag” will play its first match against “Ferenstvaros” on August 3 in Baku, and the return match on August 9 in Budapest.

“Zira” will start the game with “Maccabi” with a serious loss

"Zira" will enter the first match of the UEFA Conference League II qualifying round, which will be held in Baku against Israel's "Maccabi" (Tel Aviv) ... Read More