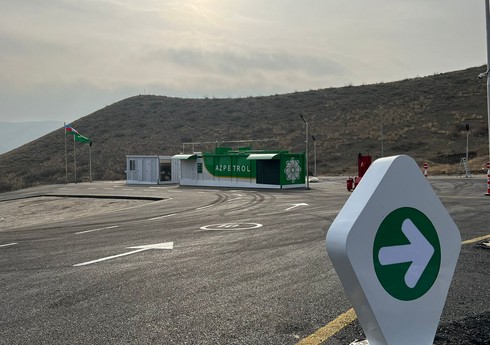 “Azpetrol” company, which has the largest gas filling network in Azerbaijan, continues to expand the number and scope of its stations.

The next modular YDM operating under the “Azpetrol” brand is located in Sugovushan settlement. “AI-92”, “Premium” and “Diesel” types of fuel will be sold at the new YDM. 4 new jobs were created in YDM. Thus, taking into account the employees of “Agalı YDM”, “Hadrut YDM” and “Suguvushan YDM”, “Azpetrol” opened 13 permanent jobs in the territories freed from occupation.

The price of oil has fallen

The price of oil in the world market fell after two days of increase. Referring to stock exchanges, "Report" informs that the December futures of ... Read More

Oil reserves in the United States decreased by 7.06 million barrels per week

NEWER POSTThere was a road accident in Bilasuvar and there were injuries
OLDER POSTJens Stoltenberg: “Because of Russia’s defeat, it fires rockets at Ukrainian cities”