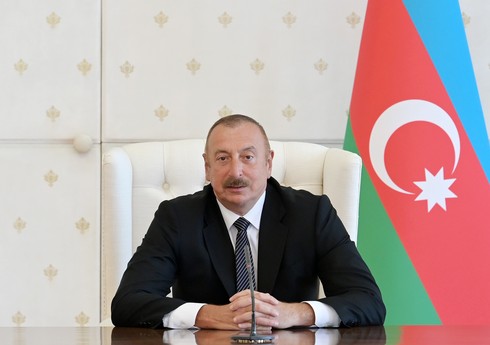 “Azerbaijan’s development is valued as an example in the international world. The dynamic development of our country is watched with amazement by the international world. Ensuring the territorial integrity, the growth of economic success indicators even in the crisis situation of the world gives a great impetus to the realized development course. Currently, the Azerbaijani model of growth and progress is accepted in the world and this model and the course conducted by its founder, President Ilham Aliyev, is appreciated.”

The deputy said that one of the main priorities of the success strategy of the head of state is the implementation of reforms in the field of management and personnel at a high level:

“A few years ago, the head of the country, who announced the reforms, pointed out the shortcomings in the activities of some officials and gave them a stern warning. The fate of those who did not learn from this warning is already known to everyone. the necessary measure was taken about them. This whole process was welcomed by the public.”

R. Mahmudov said that President Ilham Aliyev’s development and reform strategy is not limited only to punishing corrupt officials:

“Parallel to this, young, modern-minded, highly educated personnel are involved in state administration. Also, the head of state personally receives the newly appointed personnel and announces the tasks that have been set. This is in terms of clearly announcing the current political course to citizens can be considered the highest example of the unity of power. In this sense, President Ilham Aliyev’s speech during the reception of the new heads of executive authorities of Masalli, Lerik and Goygol districts was undoubtedly received with interest by the public and also caused satisfaction.

In his speech, the head of state stated that solving the problems of the families of martyrs, disabled war veterans and veterans is always in the center of the state’s attention, and touched on the need to successfully continue this important process. The head of the country noted that before the Second Karabakh War and after the Patriotic War, families of martyrs and other vulnerable groups are always in the center of attention. They are covered by the care of the state and this should be of continuous nature. Undoubtedly, our country takes important measures in this direction, their social problems are treated sensitively, domestic difficulties are solved by our state.

Rashad Mahmudov noted that today the positive impact of the socio-economic development program is felt even in our remotest regions:

“Establishing a “smart village” in the territories freed from occupation creates the certainty that other regions will reach the highest level of development in the future. In addition to improvement and construction works in the regions, the improvement of people’s living conditions is also taken into account.
The development of Azerbaijan has become an example for the world. The independent author of this example is the President of Azerbaijan Ilham Aliyev. “Azerbaijan is successfully progressing towards the development peak it deserves with its leader.”

NEWER POST“Gabala” head coach: “We are ready for the return match”
OLDER POSTThe number of projects lent by the Entrepreneurship Development Fund has been announced