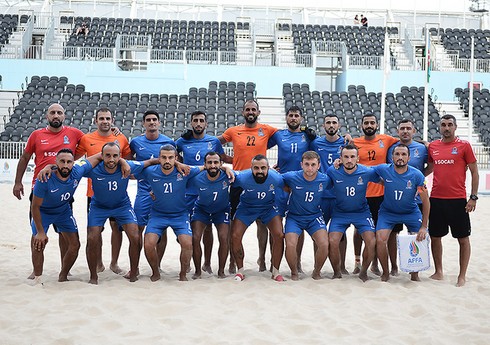 The Azerbaijani national beach soccer team, which continued its training camp in Yazd, Iran, played the next friendly match with the local team.

“Report” Referring to the official website of AFFA, it is reported that the second match between the teams ended with the victory of the hosts – 5:3.

Amid Nazarov, Ramil Aliyev and Tural Gurbatov scored the goals of the Azerbaijan team.

It should be noted that the Iranian team won the first match with a score of 3:2. The last game between the teams will be on August 25.

Zohra Agamirova, the artistic gymnast of Azerbaijan, reached the finals of the world championship held in Sofia, the capital of Bulgaria. "Report"According to the information, ... Read More