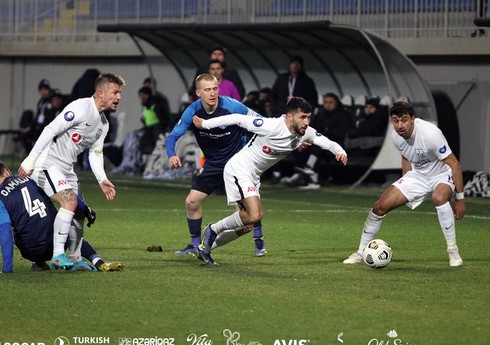 Another match of the III round will be held today in the Azerbaijan Premier Football League.

According to “Report”, the only match of the day will take place at “Bank Respublika Arena”. “Sabah” will test “Neftchi” in the central match. Teams with 6 points share the 1st-2nd places in the tournament table.

So far, representatives of the capital have met 15 times in the national championship. “Sabah” won only 1 victory in these matches. “Neftchi” won 12 games. The winner was not determined in 2 matches. The team led by Murad Musayev responded to the 28 goals of “Black and White” with only 8 goals.

“Neftchi” scored goals in all games. “Sabah” did not win at home.

It should be noted that in the opening match of the tour, “Shamakhi” drew 1:1 with “Sabail” at home. On August 21, “Kepaz” will face “Gabala” and “Zira” will face “Sumgait”. The match between “Turan Tovuz” and “Qarabag” was postponed due to the fact that “Kohlen Atlar” could better prepare for the second leg of the UEFA Champions League playoff round, which will be played against “Viktoria” (Plzen) in the Czech Republic. The score was not opened in the first match in Baku.

Expert: “Negative effects of the wheat crisis on Azerbaijan are inevitable”

"The negative effects of recent trends in the global wheat market on Azerbaijan are inevitable." This “Report”Ayyub Karimli, the chairman of the "Help to Economic ... Read More

Azerbaijan MFA: “We support the territorial integrity of Georgia”

"Azerbaijan supports the independence, sovereignty and territorial integrity of Georgia with its borders accepted at the international level." "Report" reports that the Ministry of Foreign ... Read More

On October 6-7, the "European Political Union" meeting is planned to be held before the European Union Leaders' Summit, which will be hosted by the ... Read More