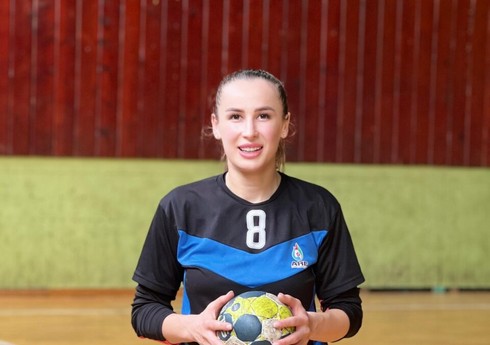 “We showed a team game today. We played until the end.”

“Report”According to the employee sent to Konya, this was said by Rena Hasanova, the captain of the Azerbaijan national team, who won the women’s handball semi-final at the 5th Islamic Solidarity Games in Turkey with a score of 40:27.

He said about tomorrow’s match against the host Turkey: “We will play with Turkey until the end. They are a very worthy opponent for us.”

It should be noted that the Azerbaijan national team won 10:0 (technical victory) over Cameroon, 43:9 over Afghanistan and 26:17 over Iran in Group B and won the first place in the group with 6 points.

Russia has changed the traffic on the border with Azerbaijan

At the Yarag-Kazmalyar crossing point, located on the border with Azerbaijan, the traffic scheme has been changed due to the large number of large-tonnage trucks ... Read More

From Russia to Azerbaijan in January-September of this year 54,9 min people visited for tourism purposes. “Report” Russia reports about this with reference to the ... Read More

In Azerbaijan, the budget receipts through customs authorities increased by 32%

Budget receipts through the State Customs Committee (SCC) in January-September of this year 4 billion 227,449 million manats. “Report” This is compared to the same ... Read More