At least 18 people died in heavy rain in India 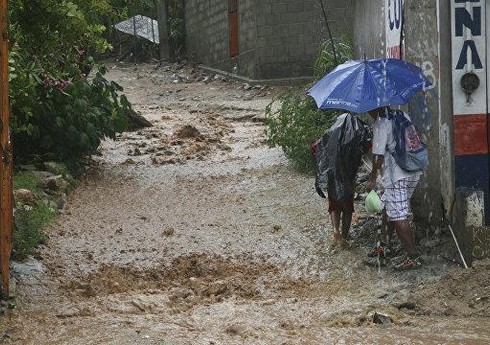 At least 18 people died as a result of heavy rains that fell in the southwest of the country in various states of India.

“Report” reports that the local India TV channel reported on this.

Heavy rain has wreaked havoc in Telangana, Gujarat, Maharashtra and Madhya Pradesh. Floods were also reported in the state of Karnataka. The situation remains critical in eastern Assam, where many areas are still under water and landslides are ongoing due to heavy rains.

Floods were also recorded in several districts of the Indian capital. Monsoon rains paralyzed traffic on the roads of New Delhi yesterday.

Meteorologists predict more showers for at least the next day.

A resident of Bilasuvar district died suddenly. "Report"According to the information of Mugan office, Mukhtarov Niyamaddin Musa oglu, born in 1990, a resident of Khirmandali ... Read More

6 people died in road accidents over the weekend

The number of people who died as a result of traffic accidents in Azerbaijan over the weekend has been announced. From the Press Service of ... Read More

14 people died as a result of floods caused by heavy rains in South Korea. “Report” "Yonhap" agency reported on this. According to information, thousands ... Read More