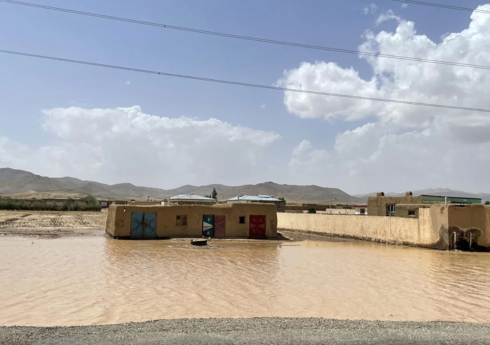 18 people lost their lives as a result of the floods that occurred in the last 3 days in Zabul and Kandahar provinces in the south of Afghanistan.

“Report” informs about this with reference to foreign press.

Mohammad Nesim Haqqani, spokesman of the Ministry of Disaster Management of the interim government of the Taliban, said that 18 people, including 10 members of the Taliban, died in the flood disaster in Zabul and Kandahar provinces in the last 3 days.

Stating that more than 20 people were injured during the flood, Haqqani noted that hundreds of houses were destroyed in 3 days.

Haqqani also noted that 120 people died and 152 others were injured as a result of the floods that occurred in the last month.

The natural disaster destroyed the bridges. A total of 3,000 houses were damaged by floods in the last month.

He added that the ministry provides material and food assistance to those affected by floods.

The Meteorological Department of Afghanistan also warned that floods may occur in some provinces of the country in the coming days due to heavy rains.

"The United Nations Assistance Mission in Afghanistan (UNAMA) is concerned about the harassment of women employees of the organization by the security forces of the ... Read More