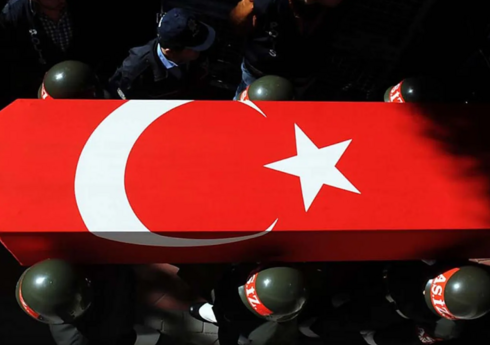 Another soldier of the Turkish army was killed in the “Penche-Kilit” operation zone in the north of Iraq.

“Report” reports that the Ministry of National Defense released information about this. According to information, the soldier was killed as a result of the firing by terrorists.

The ministry expressed its condolences to the people of Turkey regarding the death of the soldier and asked for patience.

It should be noted that earlier, another soldier of the Turkish army was injured in a shootout with terrorists in the “Penche-Kilit” operation zone in the north of Iraq. Although the wounded soldier was taken to the hospital, it was not possible to save his life.

Zelensky: “The Ukrainian army liberated more than 30 settlements in Kharkiv”

The Ukrainian military liberated more than 30 settlements in Kharkiv region. “Report”According to the information of the President of Ukraine Volodymyr Zelenskiy said this in ... Read More

The Armed Forces of Ukraine liberated Volokhov Yar and Verbovka settlements of Kharkiv region from occupation. “Report” reports that the former "defense minister" of the ... Read More