Another Azerbaijani boxer won a medal at the European Championship 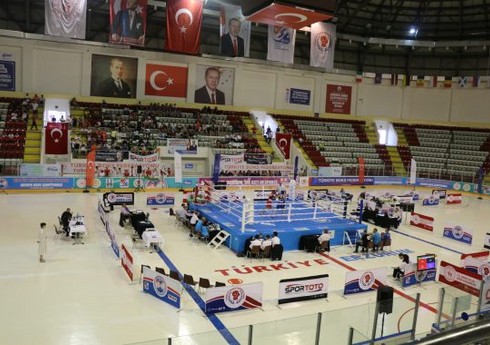 On the fifth day of the European championship among schoolboy and girl boxers in Erzurum, Turkey, 2 more athletes of the Azerbaijan national team finished their performance with victory.

Ali Mamishov (70 kg) faced Niko Goreta (Croatia) after his victory over Orestas Staponkus (Lithuania). The Azerbaijani boxer won the intense fight with a score of 4:1 (29:28, 29:28, 29:28, 28:29, 29:28). This victory not only promoted Mamishov to the semi-finals, but also made it official that he would at least win a bronze medal for himself. He will clarify his relationship with Greek Nikoloas Bliatze for a place in the final.

Unlike them, Raul Asadullayev (50 kg) and Amir Abasov (80 kg) said goodbye to the competition.

It should be noted that earlier, Banuchichek Nasirli (44 kg) also won the right to participate in the semi-finals of the European Championship.

Azerbaijani wrestler: “I want to repeat my father’s result”

"I wanted to reach the finals. I passed very strong opponents. Frankly, I didn't believe it myself. But I worked, suffered and reached the semi-finals." ... Read More

Azerbaijani living in Hungary: “This time I saw a completely different Shusha”

"I was here a year ago, I participated in the llth Camp of Diaspora Youth. This time I saw a completely different Shusha." These thoughts ... Read More