Prime Minister of Azerbaijan Ali Asadov, who is on a business trip to this country at the invitation of the Chairman of the Cabinet of Ministers of the Kyrgyz Republic, met with his Kyrgyz counterpart Akilbek Japarov in Cholpon-Ata on August 25.

About it “Report”a was informed by the Cabinet of Ministers.

At the meeting, satisfaction was expressed with the development of relations between Azerbaijan and Kyrgyzstan in various fields.

It was stated that the mutual visits of the heads of state and the documents signed during these visits are of special importance in reaching a high level of bilateral relations.

In this regard, confidence was expressed that the “Declaration on Strategic Partnership between the Republic of Azerbaijan and the Kyrgyz Republic” and other documents signed by the heads of state within the framework of the official visit of the President of Kyrgyzstan to Azerbaijan in April of this year will raise the relations between the two countries to a new level.

Prospects for further development of mutually beneficial cooperation between Azerbaijan and Kyrgyzstan in political, commercial-economic, transport-transit, agricultural, humanitarian, cultural and other fields were also widely discussed at the meeting. 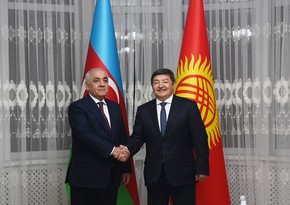 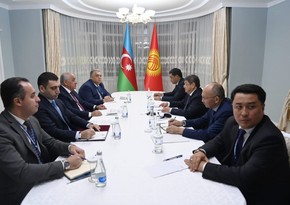