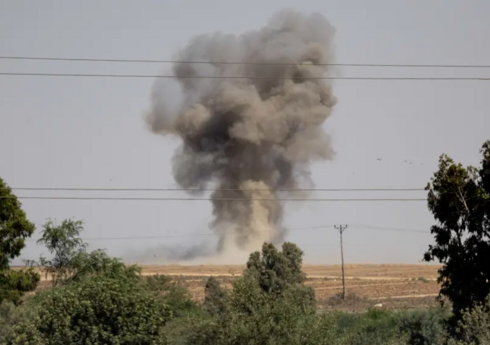 On Sunday evening, several shells were fired from the Gaza Strip into Israel.

“Report” reports that about it wrote.

According to information, this happened after the ceasefire came into force in the Palestinian enclave.

The publication noted that the shells were launched in the direction of the southern regions of Israel at 23:30 local time (00:30 Baku time) just a few minutes after the ceasefire regime came into force. According to “Kan” state radio, one of the rockets landed in an open area near Eshkol settlement, and no one was injured.

The press service of the Israeli Army announced that after the cease-fire began, air raid signals were activated in the areas adjacent to the Gaza Strip. At the same time, the Israeli army stressed that its forces no longer attacked the Palestinian enclave after the agreed hour. “At 11:25 p.m., the Israel Defense Forces hit targets belonging to the terrorist organization “Islamic Jihad”. This was the last strike of the Israel Defense Forces before the start of the ceasefire scheduled for 11:30 p.m.,” the press service said.

The ceasefire in Yemen has been extended for another 2 months

The parties to the conflict in Yemen have agreed to extend the ceasefire for another two months. "Report" reports with reference to foreign mass media ... Read More