After 80 years, the USA will send airborne forces to the eastern countries of NATO 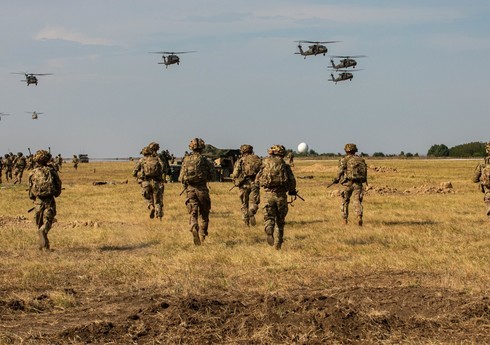 The US has decided to strengthen NATO’s eastern borders. An airborne division will be sent to these regions.

“Report” informs that the mission of the United States in NATO published information about this on Twitter.

The deployment of paratroopers follows a corresponding promise by US Defense Secretary Lloyd Austin. 2,400 soldiers of the 101st Airborne Division will be sent to Romania, Bulgaria, Hungary and Slovakia.

It should be noted that by next year, the current strength of NATO’s 40,000 European rapid response forces should be increased to more than 300,000 soldiers.

Some countries of the European Union are against reducing gas consumption

Head of MFA: “Our trade turnover with Azerbaijan is low, mutual investment does not match the economic potential of both countries”

"Our trade turnover is low, and mutual investment is not in line with the economic potential of both countries." "Report" reports that this was stated ... Read More

Media: “Some EU countries insist on a complete ban on the import of Russian diamonds”

Five European countries - Poland, Ireland, Lithuania, Estonia and Latvia - want a complete ban on the import of diamonds from Russia in the new ... Read More

NEWER POSTThe man who shot people in Montenegro first killed two children and their mother
OLDER POSTTrump: “The FBI could have obtained the documents at any time without playing politics”