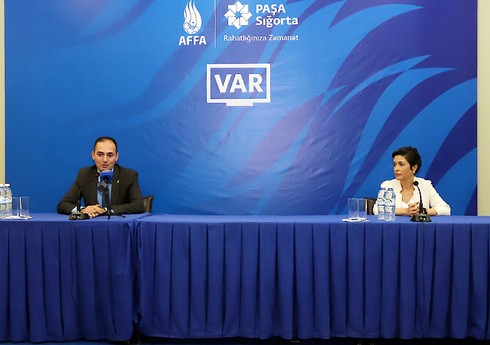 An agreement was signed between AFFA and “PASHA Insurance” regarding the sponsorship of the VAR (video assistant referee) system.

“Report” referring to the official website of the national association, according to the one-year agreement, the VAR rooms at the Baku Olympic Stadium will be called “PASHA Insurance VAR rooms”.

The agreement was signed by AFFA General Secretary Sarkhan Hajiyev and Chairman of the Management Board of “PASHA Insurance” OJSC Ulviyya Jabbarova.

The new head of the video assistant referee (VAR) project in AFFA has been announced. About it "Report"Elkhan Samadov, who was elected as the president ... Read More

NEWER POSTA foreigner who stole 228,000 manats from a bank in Azerbaijan was sentenced
OLDER POST“Ferentsvaros” added two strikers to the participation application at the last moment for the games with “Garabagh”.