A train hit and killed a woman in Agstafa 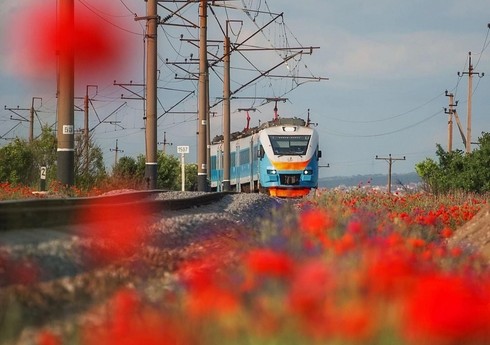 A train hit and killed a local resident in Agstafa district.

“Report”According to the information of the Western Bureau, the incident was recorded in Vurgun settlement.

The train hit and killed the woman, whose identity is not yet known.

Officers of law enforcement agencies were involved in the incident.

Investigations have been started.

A pedestrian was hit by a car in Khojahasan settlement

A traffic accident that resulted in injuries occurred in Baku. According to "Report", the incident was registered in Khojahasan settlement. Elnur Aghayar Ibrahimov, born in ... Read More

In the Sabunchu district of Baku, a traffic accident resulted in the injury of a pedestrian. "Report"According to the information, Humbatova, born in 1953, hit ... Read More

NEWER POSTA new spokesman has been appointed to YAP
OLDER POSTThe number of deaths from COVID-19 in the world has exceeded 6.5 million