A terrorist attack has been committed in Colombia, there are dead and injured 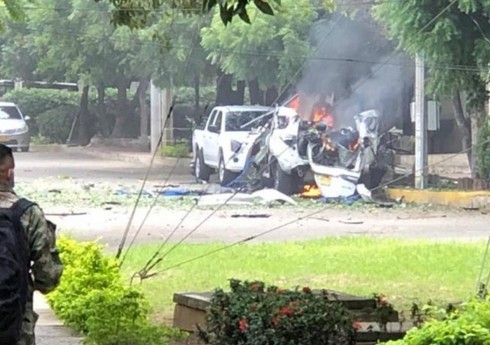 Two people died and three others were injured as a result of an explosion in Canasgordas province of Colombia.

Referring to the foreign press, “Report” reports that this was stated by the country’s defense minister, Diego Molano. He called the incident a terrorist act.

According to the Minister, the “Gulf Clan” drug cartel is responsible for the attack:

“The perpetrators of the incident threw explosives at the police station while several cars were passing by. The reward given to the member of the “Gulf clan” nicknamed Richard has been increased from 50 million to 200 million pesos (from 11 thousand dollars to 45 thousand dollars approximately – Report). “This criminal is probably responsible for the attack on our police officers.”

It should be noted that the “Gulf Clan” is the largest criminal group involved in the drug trade in Colombia.

There was an armed attack on the administrative building of the Turkish Football Federation. "Report" reports that 5 bullets were fired there when the Board ... Read More

The Ministry of Foreign Affairs of Azerbaijan condemned the terrorist attack in front of the Russian embassy in Afghanistan. "Report" reports that the Ministry of ... Read More