A soldier of the Turkish army was killed

A soldier of the Turkish army was killed.

“Report” it is reported with reference to the Ministry of National Defense.

According to information, it was not possible to save the life of Halil Koch, who was seriously injured and is being treated as a result of the explosion of an explosive device placed in the “Pence-Kilit” operation area by PKK terrorists on August 3. He died yesterday at Gulhane Education and Research Hospital.

The ministry expressed its condolences on his death. 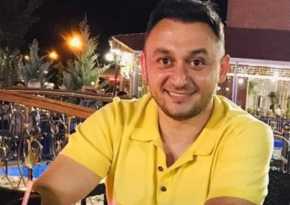 Macron: “We will make the French army the first in Europe”

"We will make the French army the first in Europe in terms of supplies." “Report” TASS reports that French President Emmanuel Macron said this. It ... Read More

In September, the Ukrainian Army liberated 9,000 square km of territory from occupation

The Ukrainian army liberated two villages near Kherson and two more villages near Vysokopolye from Russian soldiers. About it “Report” CNNreports with reference to According ... Read More