A Russian billionaire’s yacht sank off the coast of Italy 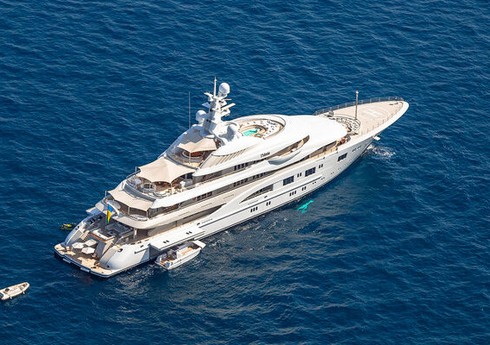 A 40-meter yacht sank in the Ionian Sea near the Italian city of Catanzaro.

“Report” reports with reference to “La Gazzetta Del Mezzogiorno” newspaper that the Italian Coast Guard Service has released information about this.

We are talking about the “May Saga” yacht, which allegedly belongs to Gennady Ayvazyan, the co-owner of the “Kuzbassrazrezugol” holding and the chairman of the board of directors of the “Krutrade” company.

The incident happened a few days ago nine nautical miles from the coast: the yacht left the port of Gallipoli in the Puglia region and went to Milazzo on the northeast coast of Sicily.

According to the information of the service, a rescue operation was carried out at the place where the yacht collapsed, 4 passengers and 5 crew members were saved.

A 5.1-magnitude earthquake occurred off the coast of Indonesia

A 5.1-magnitude earthquake was recorded off the coast of the Indonesian island of Java. "Report" informs that the US Geological Service has released information about ... Read More

The employees of the Coast Guard Command of the Ministry of Internal Affairs of Turkey rescued 283 illegal migrants as a result of a call ... Read More

NEWER POSTToday, the last teams that qualified for the group stage of the Europa League will be announced
OLDER POSTUN: More than 6.8 million refugees came from Ukraine to Europe