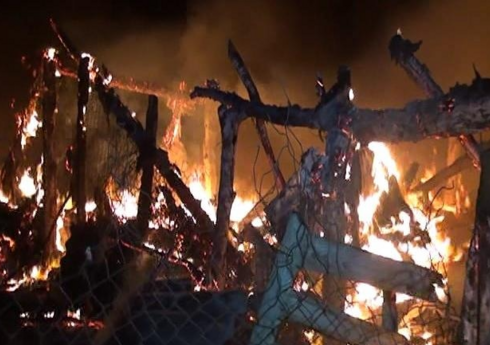 A residential house burned down in Lankaran.

”ReportAccording to the report of the Southern Center of the city, the incident took place in the “Kalaychilar” neighborhood of the city – on B. Mirsalayev street. Thus, the house belonging to Khalid Khaliq oglu Aliyev, born in 1971, burned down. Two residents of the house were injured during the incident.

The victims were brought to Lankaran Rsion Central Hospital with various degrees of injuries.

Firefighters from the Lankaran State Fire Protection Unit of the Ministry of Internal Affairs and Communications were involved in the area, and the fire was prevented from spreading to the surrounding area.

The cause of the incident will be known after the appropriate examination.

A 5-room house burned down in Agjabadi

A strong fire broke out in Agjabedi district. “Report” Referring to the Ministry of Emergency Situations, it is reported that in the Aran village of ... Read More