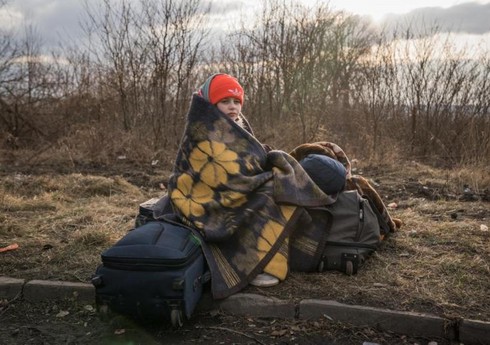 An information platform called “Children of the War” (“Deti voynyi”) has been launched in Ukraine.

“Reort” reports with reference to UNIAN that during the briefing, the authorized representative of the President of Ukraine on children’s rights and rehabilitation Darya Gerasimchuk reported.

Through this platform, parents and law enforcement agencies can obtain information about children who are missing and illegally deported to Russia.

It should be noted that the number of children killed or injured in Ukraine as a result of the war is increasing. So far, 684 injuries, 358 deaths, 197 cases of disappearance among children have been recorded, at least 5,703 children have been illegally deported to Russia. According to the information of July 28, D. Gerasimchuk announced that 3,833 children were found, and another 47 children were returned from deportation.

The Heydar Aliyev Foundation organized the next entertainment events for children

On August 26, another party for children was organized on the initiative of Mehriban Aliyeva, president of the Heydar Aliyev Foundation. "Report" informs that the ... Read More

Yelena Zelenskaya: “I am worried about the lives of my children”

"I am worried about the lives of my children and I feel that they are in danger." “Report” reports that the first lady of Ukraine, ... Read More

Pediatrician: “Intestinal infections prevail in children during the summer season”

"Some infections are more common in children during the summer season. Gastrointestinal infections are especially prevalent." “Report” informs that these opinions were expressed by pediatrician ... Read More