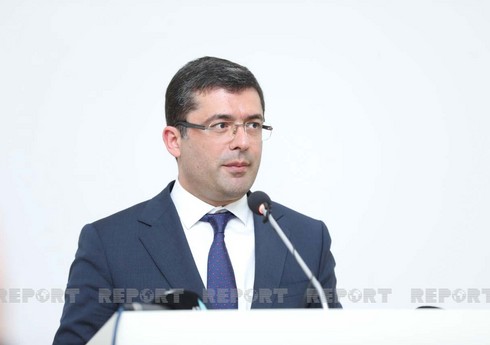 “A number of our newspapers changed the traditional A3 format to B2 format in the new layout, and most of the newspapers are already published in full color.”

“Report”According to the news, this was said by the Executive Director of the Media Development Agency (MEDIA) Ahmet Ismayilov at the presentation ceremony of the digital broadcasting platform of newspapers and magazines “E-kiosk”.

According to him, the MEDIA Agency continues to support the print media in the process of adapting to new trends based on these challenges:

“The purpose of state support in this direction is not only to help the formation of print media subjects as a business structure, but also to help maintain the existence of newspapers in the conditions of competition, which is not equal to online media in terms of technical capabilities. In other words, in the form of written media, the state supports the development of the Azerbaijani language, the survival of traditional journalistic thought, and at the same time, the strengthening of pluralism in society and the expansion of its borders.

A. Ismayilov said that fundamental changes and modernization are evident in all 6 dailies and 10 weekly newspapers supported by the MEDIA Agency, as well as in their websites of the same name:

“A number of our newspapers changed the traditional A3 format to B2 format in the new layout, most of the newspapers are now published in full color. We have such print media subjects whose design has been fundamentally changed and old forms and molds have been abandoned. We can say with responsibility that the process of reconstruction of newspaper websites, which is an integral element of the multifaceted convergence process, has already been completed. MEDIA Agency has put forward the development of newspaper websites as an obligation in the general support envelope and allocated one-time funds for this, and at the same time, it continues to provide monthly support.

The head of MEDIA noted that the websites of most newspapers were either rebuilt or fundamentally changed: “As a result, we can say that newspaper websites are not lagging behind online media subjects, but on the contrary, they can stand out in terms of creating content and producing important content.”

The number of active coronavirus patients in Azerbaijan has exceeded 1,000

There are currently 1,096 active coronavirus patients in Azerbaijan. About it “Report”a was informed by the Operational Headquarters under the Cabinet of Ministers. The number ... Read More

Azerbaijan Premier League: “Neftchi” starts the season on the road, “Sabah” at home

Today, 2 more football matches will be held in the Azerbaijan Premier League. "Report"according to the information, the first match of the day will be ... Read More

Azerbaijan and Great Britain discussed cooperation in the field of environmental protection. About it "Report"a was informed by the Press Service of the Ministry of ... Read More