A minor Azerbaijani migrant was rescued in Italy 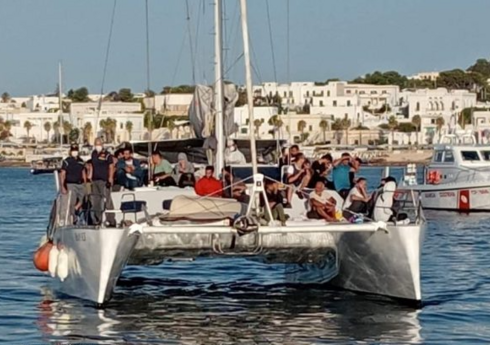 A minor Azerbaijani migrant was rescued in Italy.

About it “Report” reports with reference to the local press.

According to information, the incident took place on the coast of Salento commune.

It is noted that a small ship with 59 migrants was discovered in the port of Santa Maria di Leuca at night. In order to rescue them, an operation was launched by the local coast guard service.

Among the migrants are 44 men and 8 women, including seven minors from Azerbaijan, Syria, Palestine, Iran and Iraq.

Migrants will go through identification procedures after the first checks. They will be received by the volunteers of the Italian delegation of the International Committee of the Red Cross (ICRC) and placed in a shelter.

Currently, investigations are being conducted to identify the smugglers.

4 Azerbaijani wrestlers won gold medals at the U-15 European wrestling championship in Zagreb, the capital of Croatia. “Report” informs that freestyle wrestlers fought after ... Read More

The scientific research of an Azerbaijani scientist was included in the world-famous book on the coronavirus. "Report" informs that the editors of the famous professors ... Read More

Mahammad Adiyev: “The victory of the Azerbaijani national team over Slovakia was not a surprise”

"The victory of the Azerbaijani national team over Slovakia was not a surprise." "Report"According to the information, the head coach of the Kazakhstan national team, ... Read More