Measures to facilitate transport and transit operations along the Trans-Caspian International East-West Middle Transport Corridor, digitization of transport procedures between member states were discussed at the meeting. 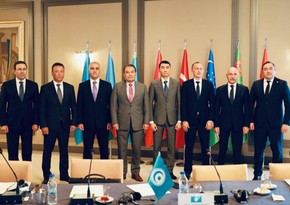 "The windy and hot weather makes it difficult to put out the fire." This "Report"Deputy Minister of Emergency Situations Lieutenant General Etibar Mirzayev said to ... Read More

Aleksandr Shepelev, who was elected as the 5th and 6th convocation People's Deputy of Ukraine, was found guilty of organizing the murder of his rival ... Read More