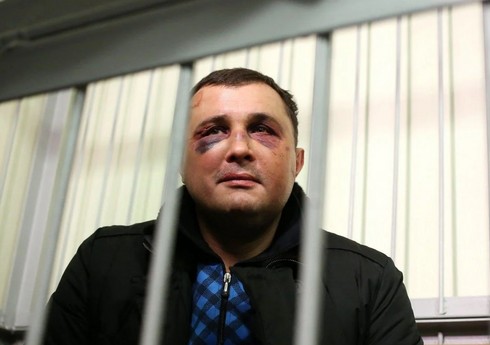 Aleksandr Shepelev, who was elected as the 5th and 6th convocation People’s Deputy of Ukraine, was found guilty of organizing the murder of his rival and sentenced to 15 years in prison.

“Report” informs with reference to “UNIAN” that this is stated in the information released by the General Prosecutor’s Office of the country.

All the property of the former deputy was also confiscated. It is noted that the prosecutors proved in court that Alexander Shepelev organized the murder of the Chairman of the Supervisory Board of “AvtoKrazBank” with the prior agreement of a group of people, with the intention of greed.

It should be noted that Shepelev was placed on the international wanted list on December 27, 2012. He was detained in Hungary on July 5, 2013 and brought to Ukraine on March 26, 2014 as a result of the extradition procedure.

However, he escaped from prison on July 6, 2014. Russian law enforcement agencies detained Shepelev on March 19, 2015 in the Moscow region. On the basis of the request of the General Prosecutor’s Office of Ukraine, the authorities of Russia have started work on the extradition of Shepelev to the Ukrainian side. However, the former deputy was not given to the Kyiv side.

On February 8, 2018, Shepelev was detained by the Security Service of Ukraine in Kyiv region. Later, a document was found on him that he was an employee of the so-called “Ministry of State Security” of the so-called Republic of Donetsk (DPR). On February 10, the court arrested Shepelev.

Deputy Minister: “Customs control between Azerbaijan, Georgia and Turkey will not be repeated”

It is planned to finish some works related to the implementation of the Agreement between the governments of Azerbaijan, Georgia and Turkey on the initial ... Read More

NEWER POSTLiz Trass: “The conflict in Ukraine will end only with the withdrawal of Russian troops”
OLDER POSTSecretary General of OPEC: “The decision to increase oil production by 100,000 barrels per day can be reconsidered”