A fire has started in Shahdag National Park – UPDATE

The head of the press service of the Ministry of Ecology and Natural Resources, Irada Ibrahimova, confirmed the information about the forest fire in Gabala region.

He told “Report” that the fire occurred in the territory of Shahdag National Park.

“At present, ETSN and MES employees are in the area where the fire broke out. Work is being done to extinguish the fire.”

A fire started in the forest area of ​​Gabala region.

“Report”According to the information of the North-West Office, the forest massif located near the village of Tikanli of the region is on fire.

Firefighters and forestry workers of the State Fire Protection Service of the Ministry of Emergency Situations were involved in extinguishing the fire. 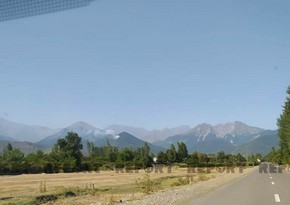 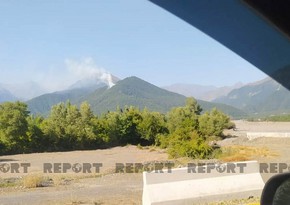 There was a strong fire in Gusar

There was a strong fire in Imangulukend village of Gusar district. "Report" was informed about this by the Press Service of the Ministry of Emergency ... Read More

The fire in the mountainous areas of Oguz has been extinguished

The fire in the mountainous areas of Oguz district has been extinguished. "Report"According to the information obtained by Equipment and personal yard of the Oguz ... Read More

A fire started in a mountainous forest area in Shabran

The "112" hotline of the Ministry of Emergency Situations received information about a fire in a mountainous forest area near the village of Chukhurazami in ... Read More

NEWER POSTUzbek businessmen want to expand cooperation with Azerbaijan
OLDER POSTHe was temporarily appointed to the management of “Azerterminalcomplex”.