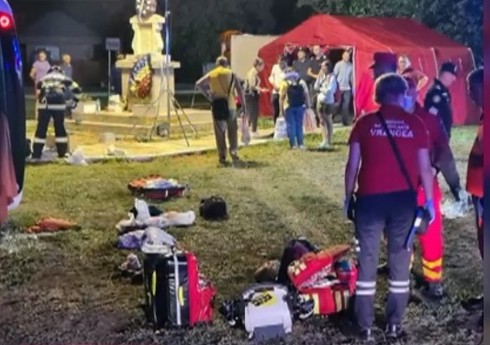 A bus carrying 43 citizens of Ukraine overturned near the city of Vrancea in the east of Romania.

“Report” about this reports with reference to

According to information, at least 23 people were injured during the incident. The injured were brought to the hospital.

It is reported that the bus was traveling from Ukraine to Turkey, and there were adults and children in the cabin. Those who were not injured as a result of the accident were taken to the refugee accommodation center.

According to the initial possibility, the incident was caused by the driver losing control of the bus. The condition of none of the victims is reported to be serious.

A passenger bus overturned in Turkey, 28 people were injured

An intercity passenger bus from Antalya to Istanbul overturned in southern Turkey's Pamukkale province. "Report" informs about this with reference to "NTV" channel. It was ... Read More

Today, at around 08:20, the driver who dropped the citizens who came by bus from Khirdalan city of Absheron district to Baku city halfway, was ... Read More

Uzbekistan resumes bus flights with Russia. "Report" informs that the Ministry of Transport of Uzbekistan released information about this. The decision comes into force on ... Read More