45,000 tons of ammunition brought to Ukraine from NATO countries were destroyed 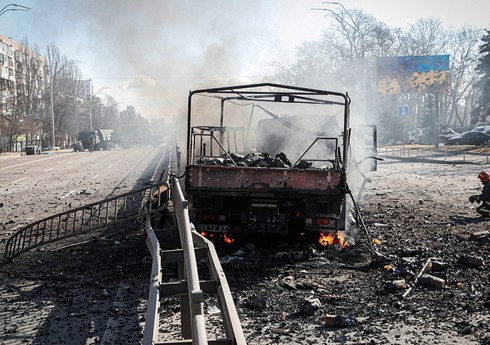 The Russian military destroyed an arsenal containing 45,000 tons of ammunition in the Mykolaiv region of Ukraine.

“Report” reports that the official representative of the Ministry of Defense of Russia, Major General Igor Konashenkov, said this.

According to him, ammunition was recently delivered to the Armed Forces of Ukraine from NATO countries.

Electric taxis were brought to Nakhchivan

Electric taxis were brought to Nakhchivan. “Report” informs that the purchase of 6 new electric buses and placing them on the route lines in Nakhchivan ... Read More