42 soldiers were killed during the attack of the militants in Mali, and 3 days of mourning were announced 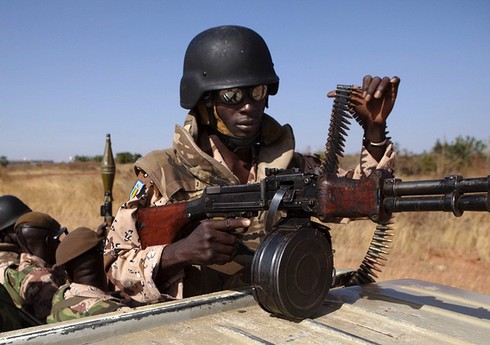 Malian authorities have confirmed that 42 soldiers were killed as a result of an attack by militants in the east of the country.

“Report” informs that “France-Presse” (AFP) published information about this with reference to the statement of the government of Mali.

It is noted that during the conflict with the militants, the Malian security forces managed to destroy 37 people from among the attackers. The republican government announced three days of mourning as a mark of respect to the memory of the fallen soldiers.

The attack of the armed men took place on August 7. Militants attacked near the town of Tessite, which borders Burkina Faso and Niger. Initially, it was reported that 21 people were killed in the ranks of the government forces, including 17 soldiers.

Twitter's new owner, entrepreneur Elon Musk, announced Thursday that blocked accounts will be restored on Twitter next week. "Report" Musk wrote about this on his ... Read More

Until today, the company "Tesla". 3 million produced more than one car. “Report” reports that the head of the company, Elon Musk, wrote about this ... Read More

It has been announced in which cases the accreditation of foreign media representatives will be refused in Azerbaijan. "Report"according to the report, this was reflected ... Read More

NEWER POSTA middle-aged pedestrian was hit by a car in Sabunchu
OLDER POSTZelensky warns Russia: “We will not leave the Dnepropetrovsk attack unanswered”