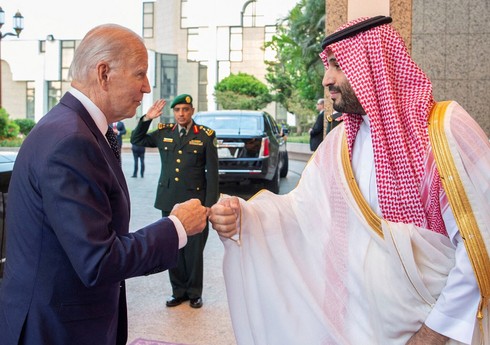 During the visit of US President Joseph Biden to Saudi Arabia, the parties signed 18 agreements and memorandums on cooperation in a number of fields.

“Report” reports that the state agency of Saudi Arabia, SPA, published information about this.

“The ministers of energy, investment, communications and health of Saudi Arabia signed 18 agreements with their American counterparts,” the agency said.

It is noted that the agreements were concluded in the fields of space, investment, energy, communication and healthcare.

Before that, it was reported that Biden met with the Crown Prince of Saudi Arabia, Mohammed bin Salman. At the meeting, the US President touched upon the murder of Saudi journalist Jamal Khashoggi in 2018.

The first case of monkeypox was registered in Saudi Arabia

The first case of infection with the monkeypox virus was registered in Saudi Arabia. "Report" informs that the Ministry of Health of the Kingdom issued ... Read More

Saudi Arabia will open its airspace to Israel

After US President Joseph Biden's visit to the Middle East, Saudi Arabia will open its airspace to all commercial flights to and from Israel. “Report” ... Read More