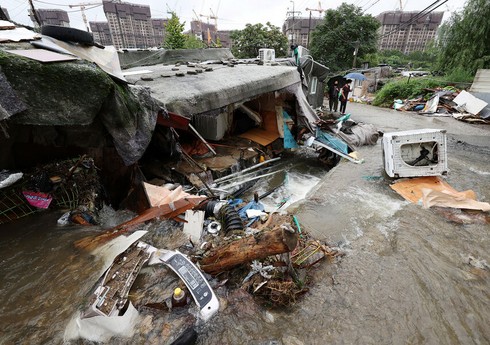 14 people died as a result of floods caused by heavy rains in South Korea.

“Report” “Yonhap” agency reported on this.

According to information, thousands of buildings were flooded in the capital Seoul and surrounding areas.

Local authorities said that eight of the victims died in the capital. Five people also went missing during the natural incident.

7,200 people were evacuated from the disaster zone.

Heavy rains have been continuing in the Korean peninsula since the beginning of the week.

22 people died as a result of landslides in India

At least 22 people, including a family of eight, have been killed and five others are missing as a result of landslides and floods caused ... Read More

NEWER POSTZelensky said that the forces and means of the Russian army were destroyed
OLDER POSTMikayil Jabbarov: “23 medals increase confidence in the future of Azerbaijani wrestling.”